Brake Light Blinker Does It with Three Fives

Sometimes you use a Raspberry Pi when you really could have gotten by with an Arudino. Sometimes you use an Arduino when maybe an ATtiny45 would have been better. And sometimes, like [Bill]’s motorcycle tail light project, you use exactly the right tool for the job: a 555 timer. 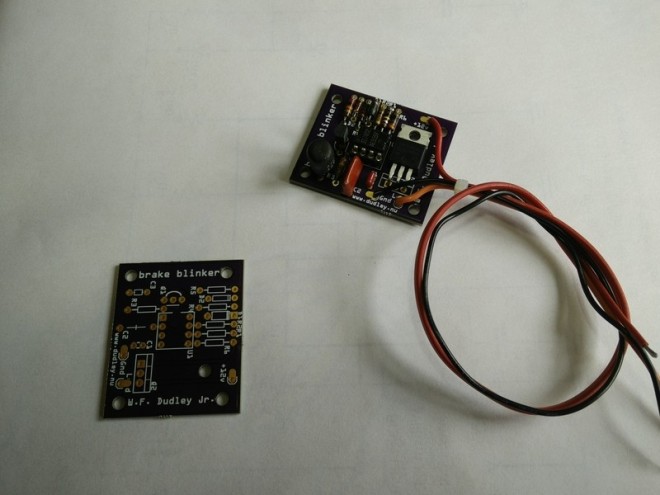 The 555 is a clever chip; not only will it supply the oscillator for the flashing effect, it has a reset pin that can be used to force the output to a known state (low) when (other circuitry tells it that) it’s time to stop flashing. Thus the brake light will be steady “on” after a few flashes every time the brake is applied. 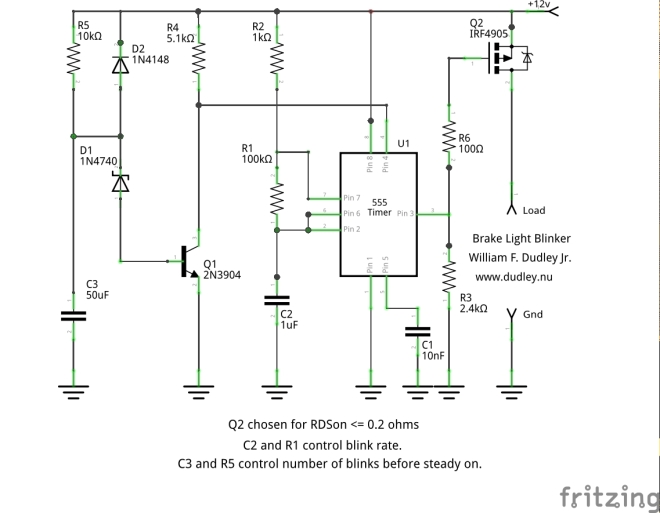 Kevin H. Patterson designed this solution for trailer light wiring after installing a towing hitch on his vehicle:

This is a power module designed to control trailer lights based on signals from your vehicle’s lighting circuits. Most vehicles have at least 4 separate circuits: Running (Tail) Lights, Brake, Left Turn, and Right Turn. Most basic trailers have a 4-wire connector with only 3 signals: Running (Tail) Lights, Left Turn, and Right Turn. The trailer does not have a separate circuit for Brake lights; applying the Brake is supposed to light up both the Left and Right Turn signals together.

The board can be purchased on Tindie: