After using the PIC16F1459 to build numerous USB HID input devices including a giant keyboard, a tiny keyboard, and a big red button, it was time to see if the PIC16F1459 could be used to control outputs too. Sticking with the industrial theme, I chose to build a USB controller for a, um, stack of industrial stack lights. 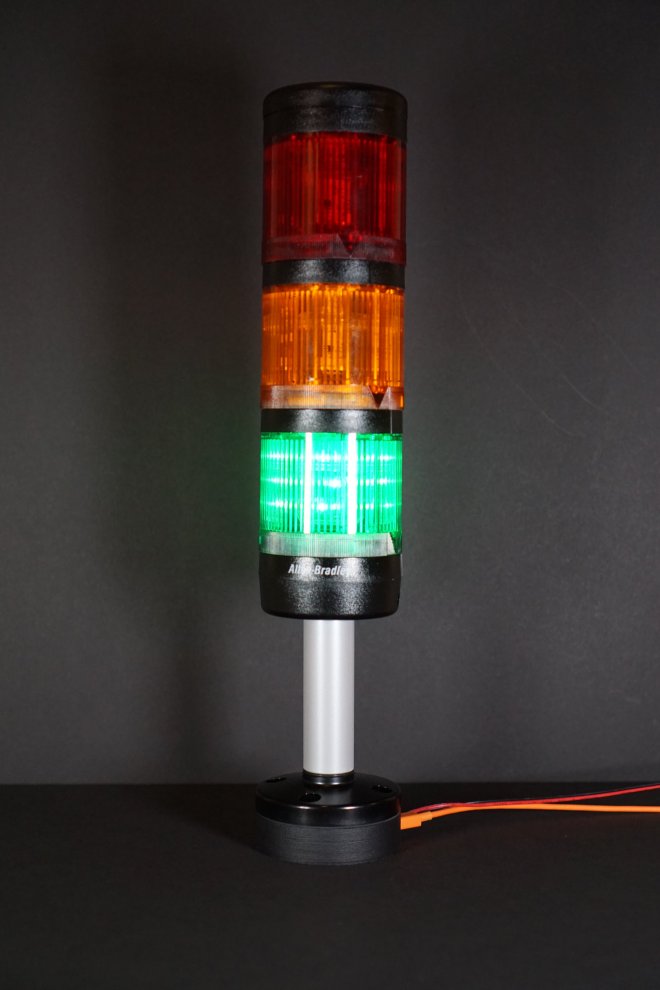 For a simple, quick project such as this one, one does not want to have to write a custom USB driver for a Mac, PC, or Linux box. The best way to avoid writing a custom driver is to use an existing USB device class that lends itself to controlling custom hardware. The USB Human Interface Device (HID) and USB Communication Device Class (CDC) device classes both support controlling custom hardware.