Tom Fleet writes on Hackster about this awesome LED project:

The icosaLEDron Is an LED-Lit Regular Platonic Solid That Anyone Can Build!

Jason Coon shows us what goes inside his amazing icosaLEDron — a 20-sided, LED-faceted fidget toy that is freakin’ awesome!

Boiling this design down to the bare minimum, the icosaLEDron is a 20-sided shape, with 20 LEDs — one per face. That meets the functional definition for such a name, and drops the complexity by several orders of magnitude — not only in terms of assembly, but in functional operation as well!

The initial version of Coon’s icosaLEDron, which can be seen seen spinning above, kept things as simple as they needed to be. 20 triangular boards, each featuring a single WS2812B-Mini 3535 addressable RGB LED. 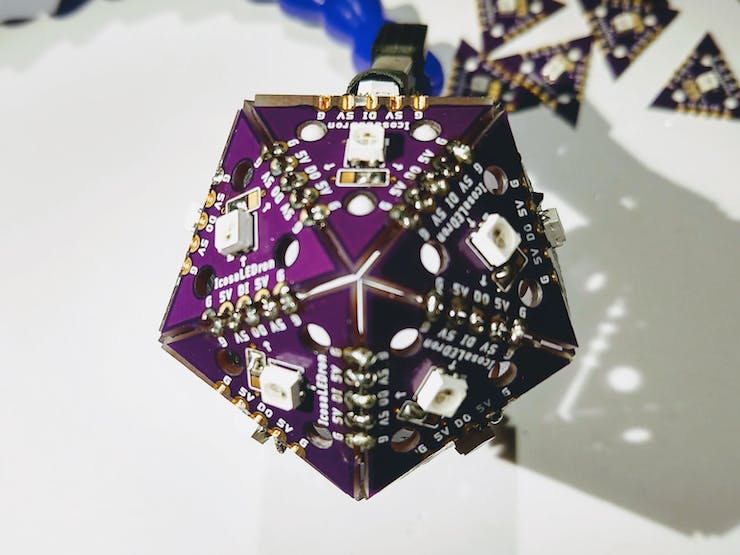 These 3535 packaged parts are a nice halfway-house for makers looking for a digital serial LED solution that can be placed in layouts where the conventional 5050 package would take up too much board real estate. For such situations, a 1515 or 2020 LED case might be a tad too tiny for those without stencil and reflow capabilities — the 3535 packages can still be hand soldered!

More often than not now, we are pleased to see the inclusion of 3D printing jigging and support tooling within a build. Seen below, the idea to use a simple assembly fixture is a well thought out one. 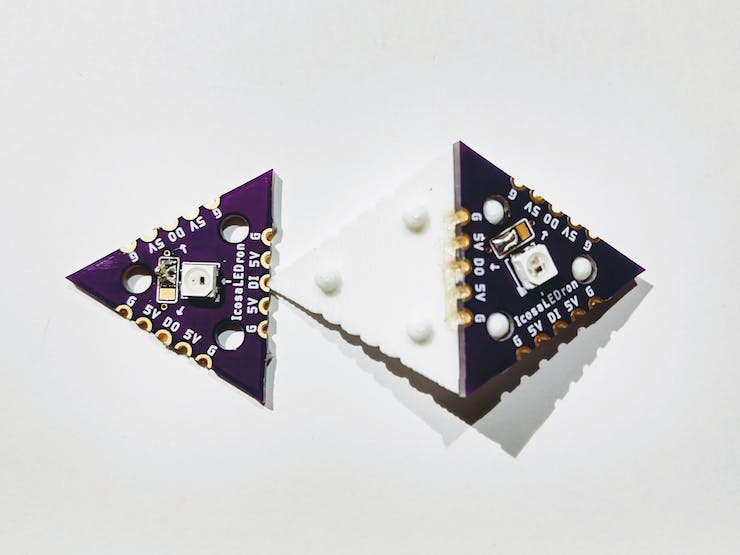 It might look simple, but even the small features — such as the rounded mountain pegs, mean that the jig can easily be removed after the soldering operation, without the need to flex the soldered connections too much. 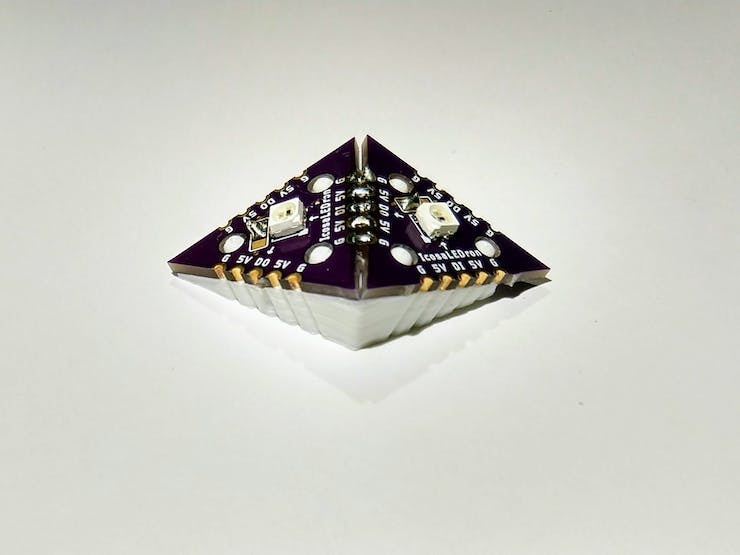 Speaking of soldered connections, now’s a pretty good time to touch on the fact that all of these boards are identical. That’s more interesting than it initially seems, because it indicates how much effort Coon has put into the thinking behind the signal routing within this icosaLEDron.

Those little solder jumpers sat above each LED are able to control the direction in which the LED serial data stream exits out of the board, left or right — meaning that Coon can snake a way for data to pass through the sculpture, without the need for custom wiring, etc. Clever!