From Bradley Ramsey on the Tindie blog: 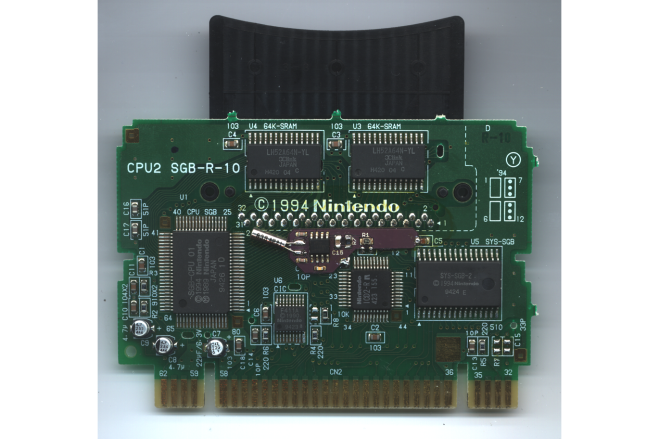 When you look back on retro gaming handhelds, the Game Boy is probably the first one that comes to mind. While it’s indeed a classic, it’s not without flaws. In the case of the Super Game Boy, the clock speed is about 4% faster than the original, which affects not only the audio playback, but also disqualifies it in speed-running.

To further compound the issue, it’s also the reason why this release didn’t include a link port for multiplayer. The difference in speed would have caused the devices to desync. While Japan received a Super Game Boy 2 that fixed the problem using a crystal oscillator at the proper speed, the U.S. version never received a fix.

It is possible to install a crystal oscillator of your own, and this GameBoy Clock Mod solves the problem without breaking other interesting features of the system, like the ability to change the gameplay speed using the Commander controller from Hori.

The mod avoids common issues by applying the correct clock onto the I/O chip, which is how the second iteration in Japan fixed the problem. You won’t need to lift any pins to install it either, plus the solder points are simple to attach to the board.