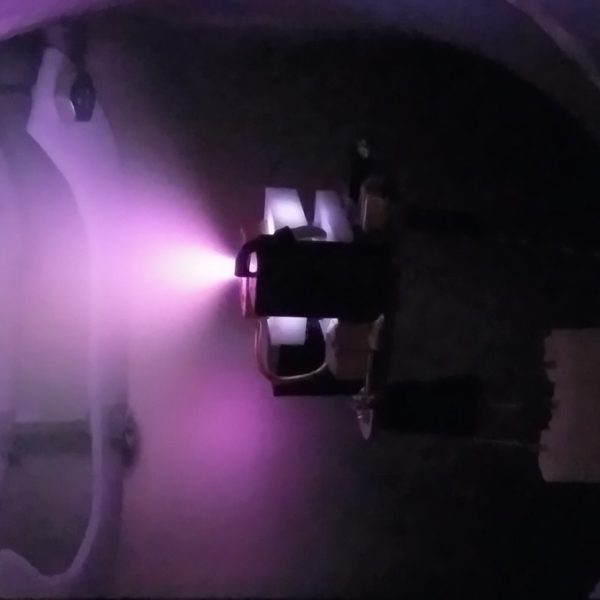 The Hackaday hackchat this week covered this exciting project:

Michael Bretti is on the leading edge of the trend toward making satellites more DIY friendly. He formed Applied Ion Systems to address one of the main problems nano-satellites face: propulsion. He is currently working on a range of open-source plasma thrusters that can help keep nano-satellites on station and in orbit longer, and someday you’ll be able to buy them off the shelf like any other component.

In this week’s Hack Chat, we’ll discuss the design of plasma thrusters, the details of Michael’s latest testing, and the challenges of creating something that needs to work in space.

Stunning capture of the plasma plume from the AIS-gPPT3-1C-T propulsion module, the first officially available and open source thruster for PocketQubes! Beautiful pinkish-purple jet blasting out, illuminating the Teflon fuel from within against the black outline of the board. pic.twitter.com/wD8sghfeJ5

Completed the new V4 AIS-gPPT3-1C thruster build last night! Fewer parts and simplified circuit makes it faster to put together. Still have to go through prechecks and mounting in the vacuum chamber, but I'm hoping to run tests soon! pic.twitter.com/bjNzpi2Fb9

The new V4 boards for the AIS-gPPT3-1C thruster are here! First time getting @oshpark After Dark, and I've gotta say they are absolutely amazing. Just unbelievably cool to see in real life. Really brings this stuff to the next level! Super excited for this new thruster now! pic.twitter.com/pvjZ5aQFjO