From Jac Goudsmit on Tindie:

Build a Replica of your favorite early 6502 Computer. Or Create Your Own. 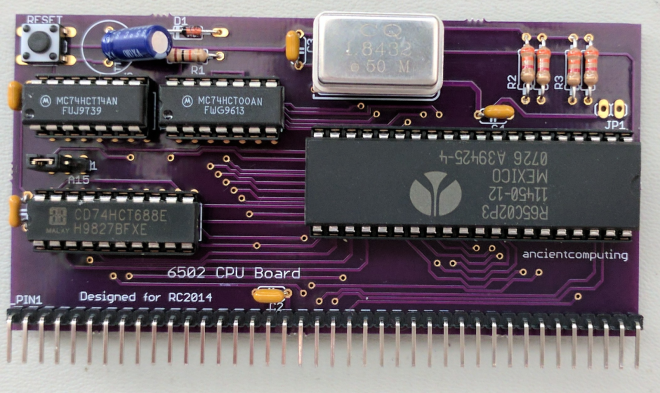 A 6502-Based Expansion Board for a Z80-Based Homebrew Computer

Up till now I haven’t seen a 6502-based board, and now I’m seeing both at once—a 6502-based expansion board for a Z80-based homebrew computer.   Ben Chong, over at Ancient Computing, has done a lot of work around Spencer Owen’s RC2014 Z80 microcomputer kit, including designing an improved Z80 processor card and a 16550 UART board.

the 6502-based CPU board he’s put together is by far the most impressive. On his site Ben outlines his design process, and deep dives into how he got a 6502-based card to talk to a Z80-based system. This isn’t a trivial feat as the two processors have very different design philosophies—with the 6502 using a strict synchronous bus, and the Z80 using a loosely asynchronous bus. He then talks about software before doing some crude performance testing.

The hardware design files are available on GitHub:

ancientcomputing has also shared many projects on OSH Park: