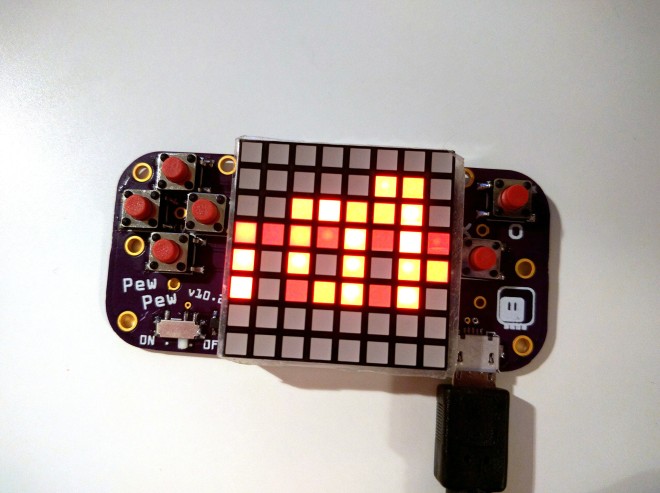 I really like the #PewPew FeatherWing as a platform for teaching game development, but the cost of Feather boards needed to use it makes it difficult to organize workshops for larger groups of people. I have previously tried to work around that problem by merging the FeatherWing with the schematic stolen from a Trinket M0 (with an additional flash memory), but the resulting design was complex, difficult to make and still a bit expensive. Now after having designed a few more CircuitPython boards I think I can really cut the costs and make a standalone device with all the functionality of the original shield, but optimized for workshops.