Skip to content
Here’s a #badgelife project from Sam Ettinger on Hackaday.io: 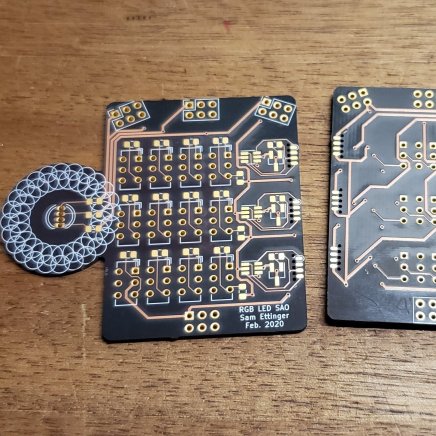 Should I have used knobs instead of switches? Maybe, but then it’s not a shitty add-on, is it?

Each color channel is controlled by its own ATtiny10, reading an analog voltage and PWMing the LED accordingly. The ATtiny10s are programmed using [Simon Merrett]’s SOICbite footprint, which I *love*.

Should I have used a 555 instead of a microcontroller? Perhaps. But isn’t this a better solution for a shitty add-on?