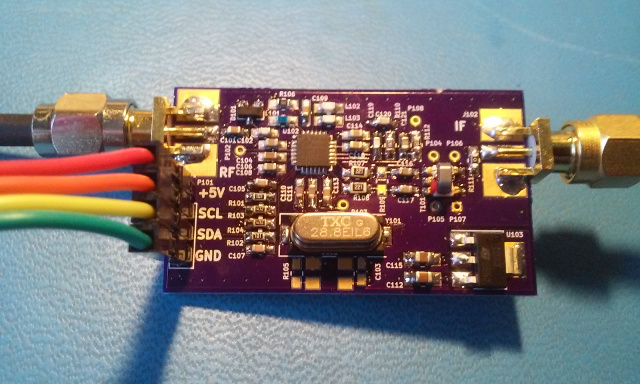 This is the same chip used in most all of the RTL-SDR dongles, as well as the Airspy and numerous other radios. The chip is a versatile front-end with reasonable sensitivity and wide tuning range. 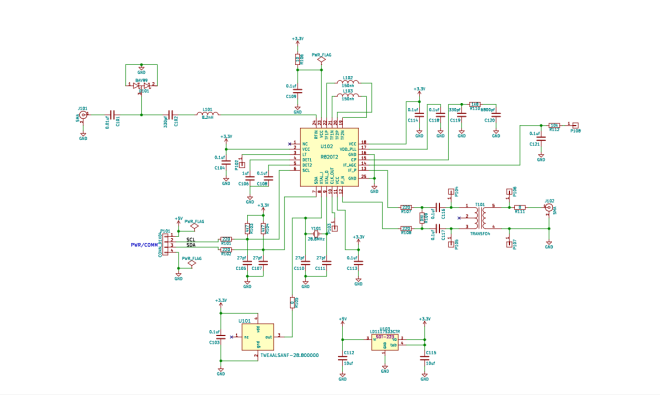 The design presented here is almost an exact implementation of the Mfg’s suggested demo design from the datasheet, implemented on the OSHpark 4-layer PCB process and provides a simple 4-pin interface with power, ground and I2C bus for controlling the tuner. A broad-band RF input and 10MHz IF output are provided on SMA connectors.

The breakout PCB design and STM32F0 firmware for the Rafael R820T2 tuner chip are shared on GitHub: 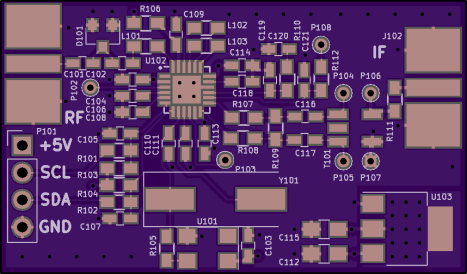