From Al Williams on Hackaday:

[K6ARK] likes to operate portable, so he puts together very lightweight antennas. One of his latest uses tiny toroids and SMD capacitors to form trap elements. You can see  the construction of it in the video below.

You usually think of toroid winding as something you do when building transmitters or receivers, especially small ones like these. We presume the antenna is best for QRP (low power) operation since the tiny core would saturate pretty quickly at higher power. Exactly how much power you should pass through an FT50-43 core depends on the exact application, but we’ve seen numbers around 5 watts.

This is a SAMR34 based LoRa/LoRaWAN™ dev-board with all the necessary components for fast prototyping. It’s a successor of my previous Penguino SAMR34 design. The new design uses the RAK4260 module from @RAKWireless and improves on some aspects, such as a USB Type-C, a RGB LED, a user button, battery protection & voltage supervision, and optional flash & per-provisioned secure element IC pads.

Current HW version is v.1.2 and it’s offered in green soldermask (ENIG). All the design files can be found on my GitHub.

From v.1.2 onward the Penguino board also features CH340E USB-to-UART converter to further ease the development. 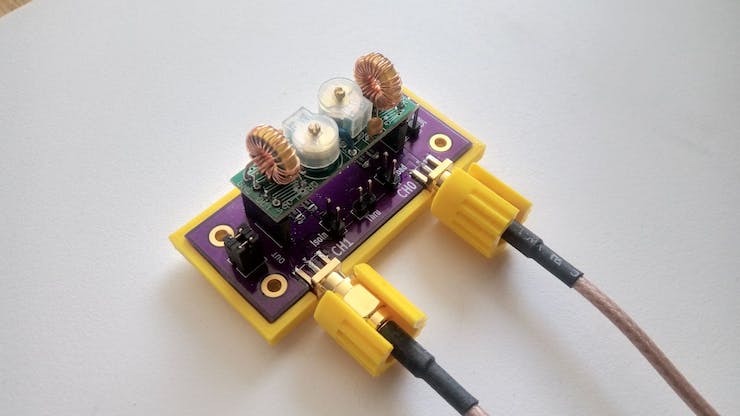 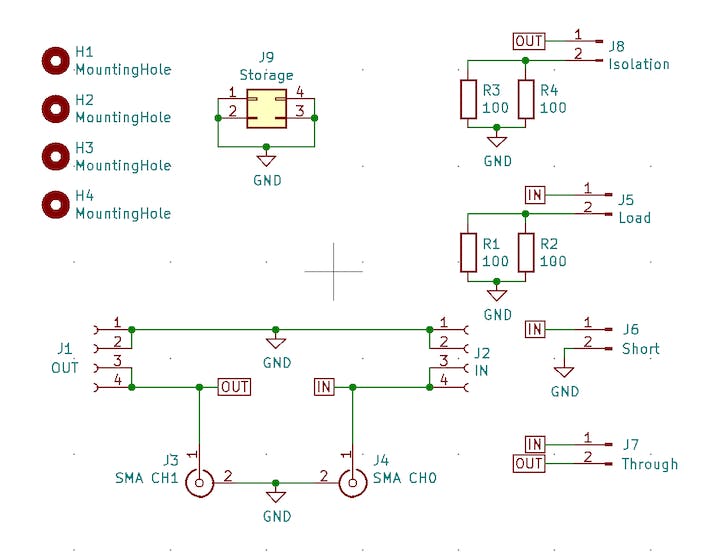 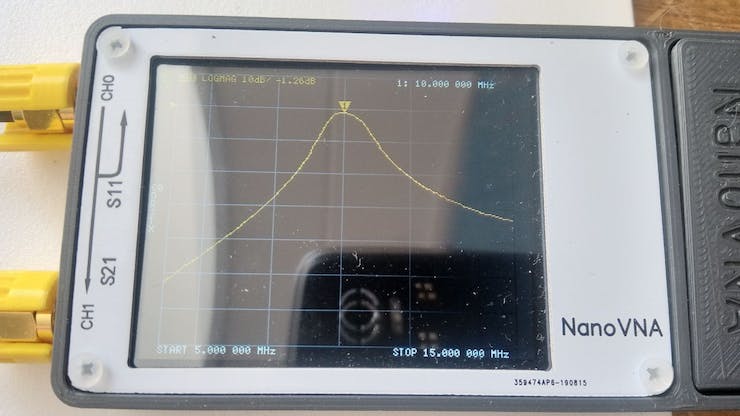 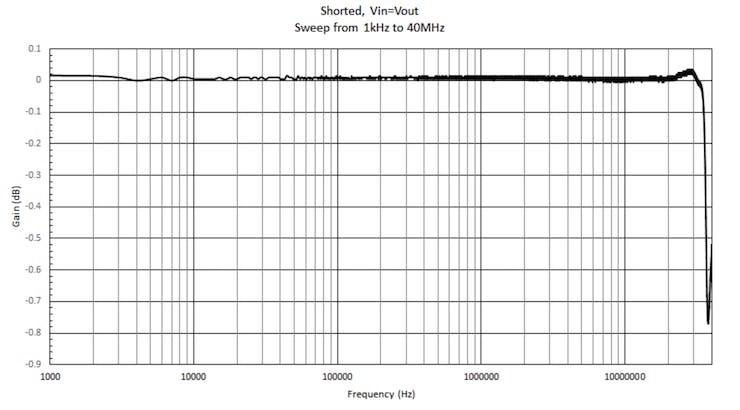 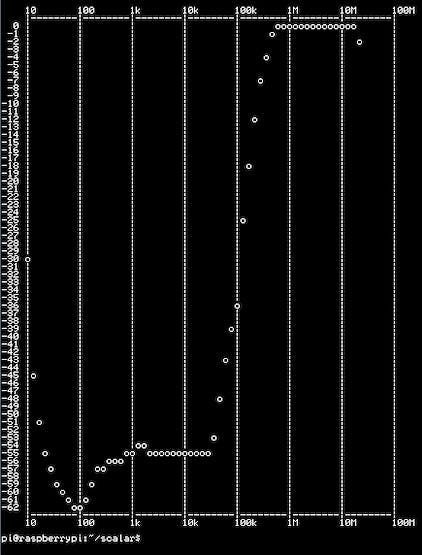 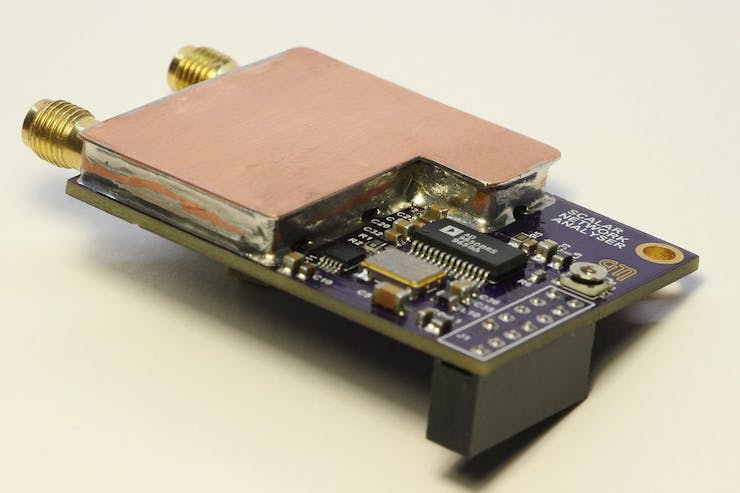 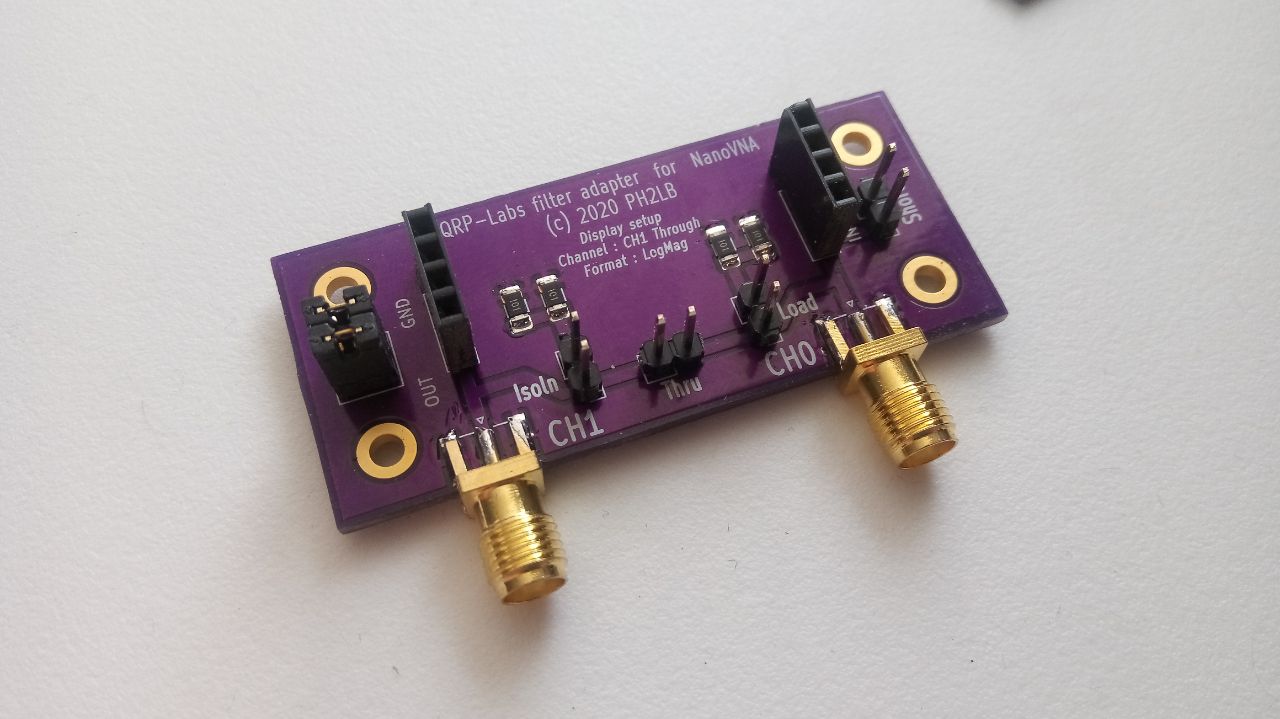 I had a few QRP-labs lowpass filters and bandpass filters kits laying around and because I had nothing better to do this afternoon, I fired up the soldering station and assembled them. After that they need to be tested and tuned.

Owning a NanoVNA for a few months now (and hardly use it because for antenna stuff i use my RigExpert AA-600), I decided to use the NanoVNA for tuning the filters. So from some pieces out of my junkbox (a piece of double sided pcb, 2 sma chassis and a header cut in 2) I build this simple filter holder allowing me to test and tune the filters to my requirements.

Adding the 3D printed base plate, hooking it with my NanoVNA. 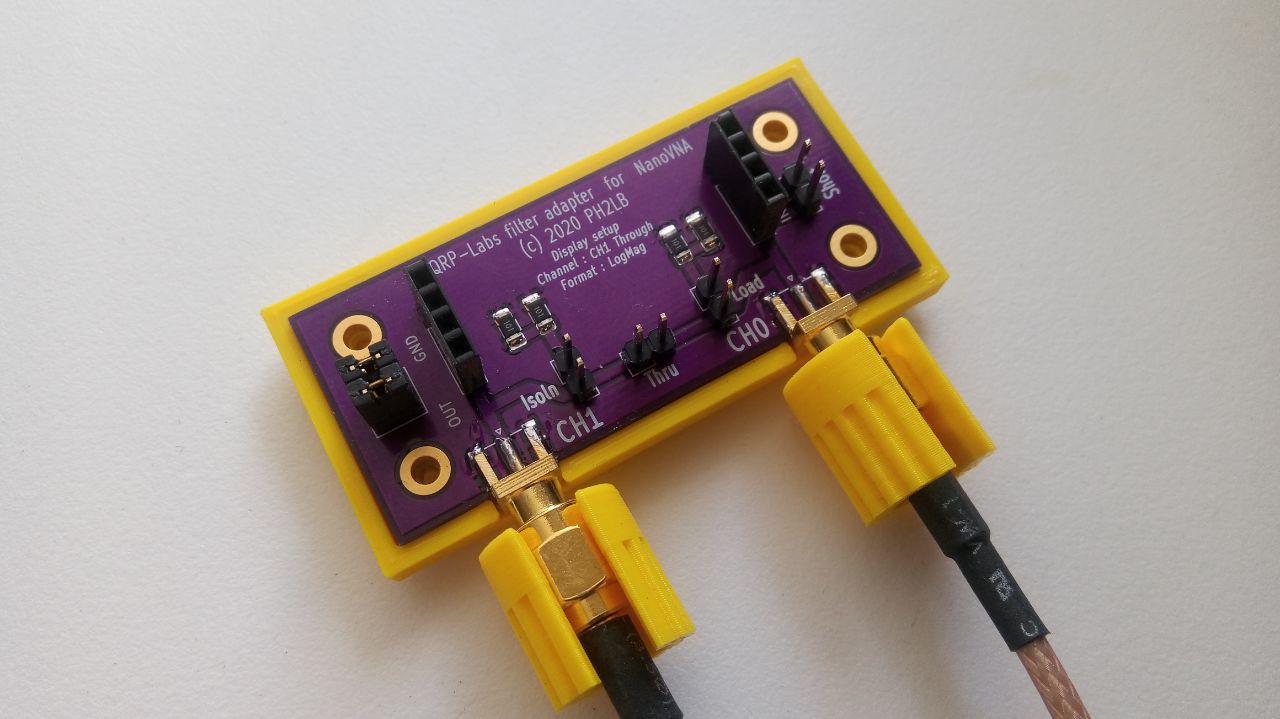 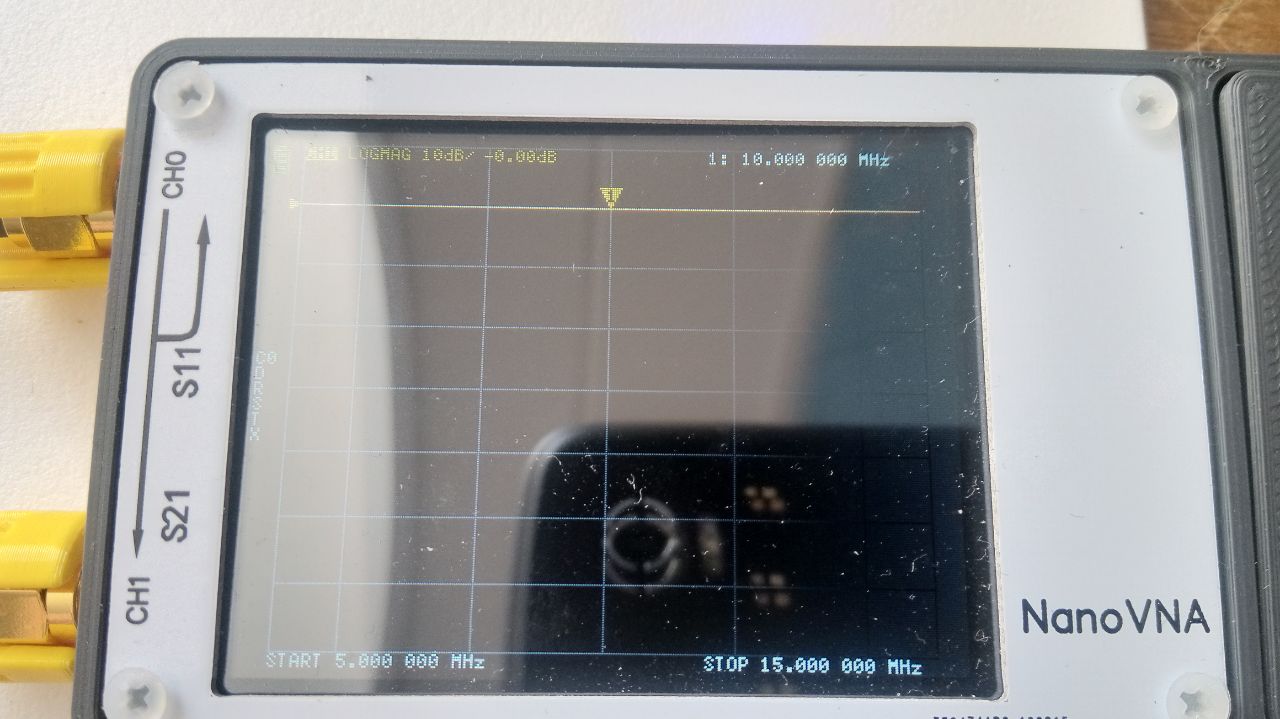 And ready for testing. 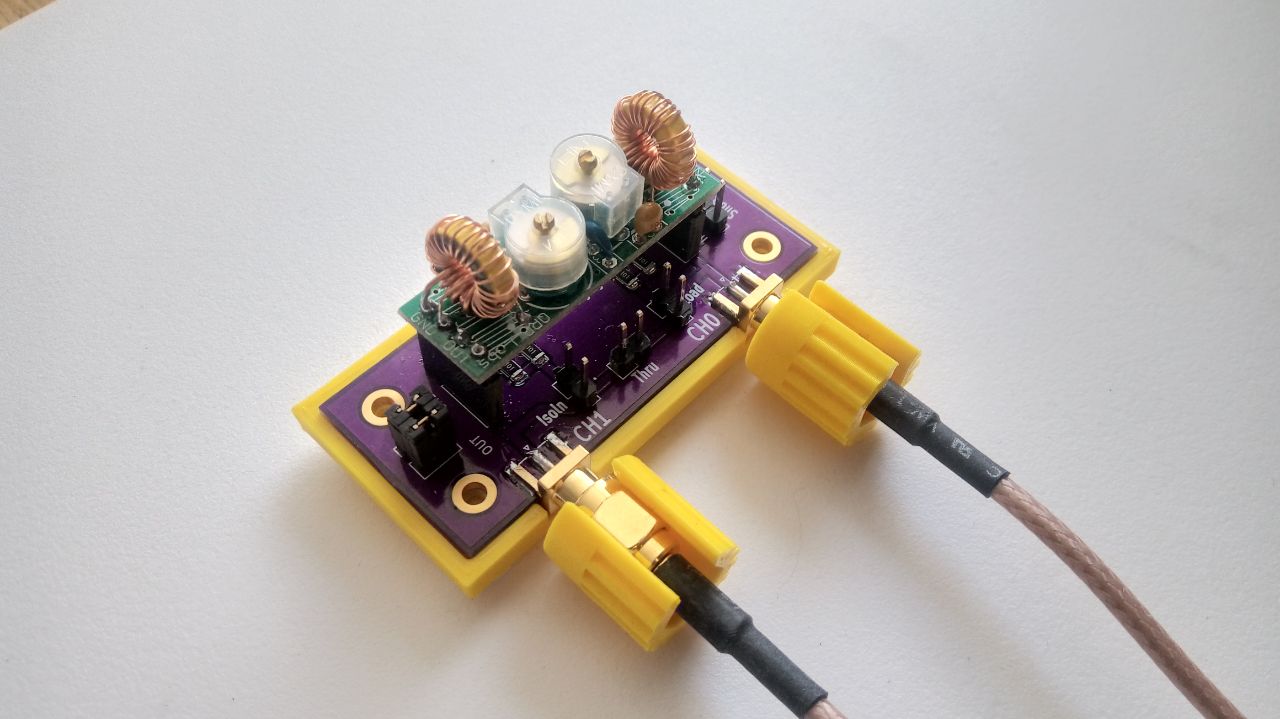 As expected like the previous design. But now no aditional PCB for calibration. 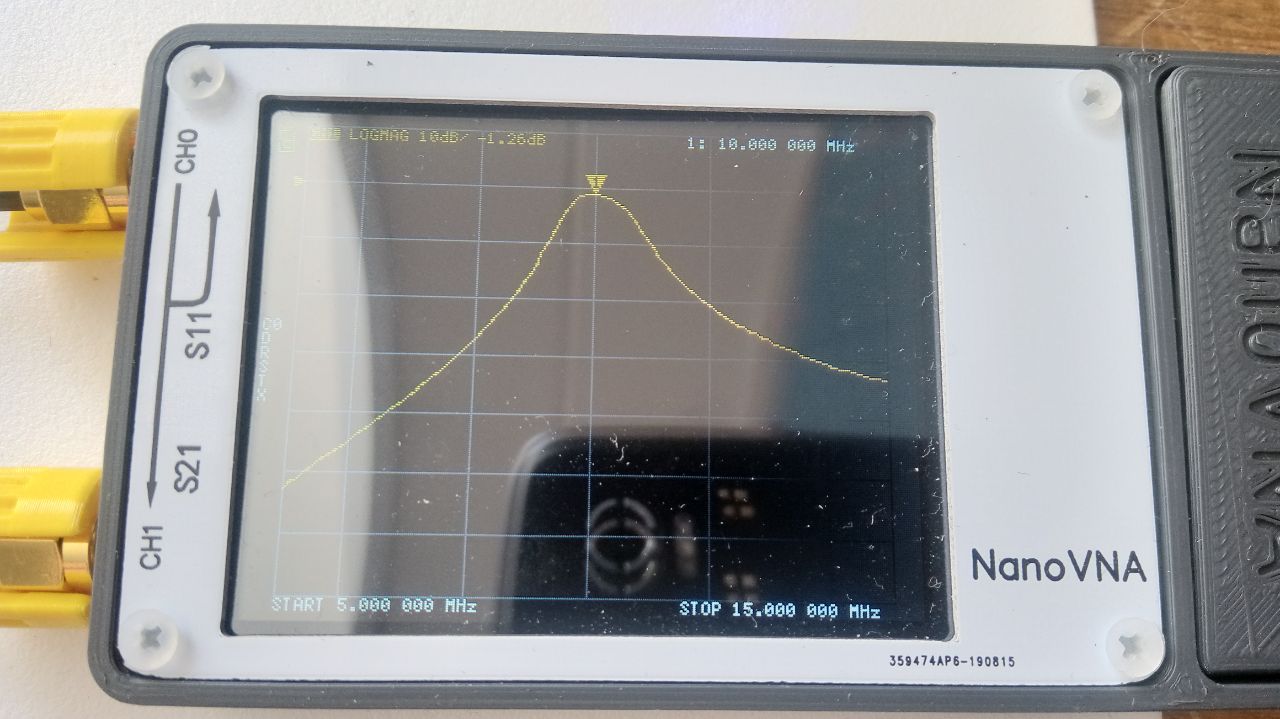 Can only say that the purple on yellow looks cool 🙂

For those who want a adapter, checkout my ForSale page.

The rayBeacon by Mike M. Volokhov is a Nordic nRF52 on-the-go development kit:

The Raybeacon is full-featured nRF52 based wearable, ultra-low power, multiprotocol development board designed for variety of embedded applications. Due to modular design, the device can be used to build your own production-ready appliance with minimal hardware modifications.

For detailed description, including information on custom boards and source files, please refer to the project repository on Bitbucket. Also, feel free to share your thoughts, or submit a request for a new slice or report an issue!

Alexander Rowsell writes on the Tindie blog about a DSP-based radio that can receive SSB:

As an amateur radio operator, I am always keeping an eye out for cool new radio-related things to tinker with. Hams have a long tradition of building and designing their own radios, and it’s great to see this still happening in the digital era. This DSP-based radio can receive SSB (single sideband) over almost the entire amateur HF band. This band spans from 1.9 MHz (also called 160 meters) all the way up to 28 MHz (10 meters) and everything in between.

This is a great radio for portable use. Paired with a small CW (continuous wave, the mode used for Morse code) transmitter, it would make a great QRP set for those who love low-power Morse communication. Bandwidth can be adjusted from 500Hz to 4kHz, which is perfect for CW as well as digital modes. The designer specifically designed it to be used with the extremely popular new digital mode FT-8, and it indeed fits the specifications very well. It could also be used for many other digital modes, including PSK, RTTY, JT65, and many more! The audio output can be wired directly into any PC — even a Raspberry Pi — to enable digital reception modes.

Brad Denby designed this chipsat dev board for low-power, embedded computing in space that is one of the winners of the Take Flight with Feather contest:

Chipsat development board for low-power, embedded computing in space

Junebug is a cutting-edge addition to the Feather ecosystem. It acts as a development board for chipsats – an emerging class of space system. It offers unique support for batteryless, intermittent computing. The FPU, DSP instructions, and storage space allow advanced sensor data processing with ML. Junebug is easy to manufacture, with parts selected to allow hand-assembly.

The schematic, PCB design, Gerber and Drill files, bill of materials, and other files are provided in the linked GitHub repository.

Orkhan AmirAslan on Hackaday.io has created a RAK4260 based, Feather styled LoRa dev-board:

This is a SAMR34 based LoRa dev-board with all the necessary components for fast prototyping. It’s a successor of my previous Penguino RF module and Feather breakout design ( https://www.tindie.com/products/16985/ )The new design uses the RAK4260 module from @RAKWireless and improves on some aspects, such as USB Type-C, RGB LED, user button, battery protection & voltage supervision, and optional flash & per-provisioned secure element IC pads.

About a year ago, after I first saw SAMR34 System in Package (SiP) in 2018 Electronica I couldn’t find a module for it and I took up the challenge for myself to build one myself. Then sharing first renders with the Twitterverse it gathered quite a bit of interest and I started selling couple over at my Tindie store. At the time I named the project TinyLoRa but for legal reasons I had to change it to Penguino.

Other than goofing up the SWD lines, everything else seems to work fine. 🎉 pic.twitter.com/CLn65odP7P

Thank you for the candy, dear @oshpark 🍬 pic.twitter.com/0iOn8wrzZU

Soldered some @oshpark #afterDark version of the #Penguino boards. pic.twitter.com/KJS7a9Gwen

Hi! My name is Nisha, and I made a party bangle for my friend, Miki, to take with her to DefCon25. It was my first fully-formed electronics project and it posed some interesting challenges due to its unusual form factor. You can read about my experiences with that project here.

Soon after DefCon25, I was approached by r00tkillah to make over a 100 of something similar for the DC503 party at DefCon26. The plan was to combine the power of the BMD-300 SoC by Rigado used in the Wagon Badge from the previous year with my Neopixel bangle form factor. We would call it “The Banglet” and it was going to be awesome.

In passive mode, the banglet’s LEDs light up when detecting nearby Bluetooth devices. The number of LEDs that are lit correspond to the number of BT devices detected and their colors are based on each device’s mac address.