The rayBeacon by Mike M. Volokhov is a Nordic nRF52 on-the-go development kit:

The Raybeacon is full-featured nRF52 based wearable, ultra-low power, multiprotocol development board designed for variety of embedded applications. Due to modular design, the device can be used to build your own production-ready appliance with minimal hardware modifications.

For detailed description, including information on custom boards and source files, please refer to the project repository on Bitbucket. Also, feel free to share your thoughts, or submit a request for a new slice or report an issue!

We really like this “Back to the Future”-themed Flux Capacitor badge add-on (SAO) by Squaro Engineering made with our “After Dark” service (which features clear soldermask on black fiberglass substrate).

The board is also available an OSH Park shared project

Morgan created this remote for a Ricoh digital camera using an ESP32s:

The Ricoh GR II has a remote interface. But like most modern cameras the interface is terrible. It’s a WiFi Access Point that uses a web app. And because most modern phones are terrible, this means you have to juggle between WiFi that doesn’t provide an internet connection and a web app that kinda requires it. The Ricmohte uses the ESP32s WiFi to connect to the camera and issue commands.

Jacob Creedon designed an a cartridge board that adds 32MB of SDRAM to the Hackaday Supercon badge.  Michael Welling just assembled a version of the PCB made with the OSH Park “After Dark” black FR-4 service:

Soldered a SDRAM cart for the Hackaday Supercon badge.

The addition of SDRAM provides enough memory to boot Linux on a RISC-V soft-core in the ECP5 FPGA on the badge.  Here’s a screenshot of Linux running:

Read more about “Team Linux on Badge” in this Hackaday post:

And finally, receiving the biggest applause was Linux-on-Badge: this team used all the badge hacking tricks in the book. The hardware component was a 32 MiB SDRAM cartridge by [Jacob Creedon]. The default badge SOC FPGA bitstream was entirely replaced in order to support a minimalist Linux. Much of the development was done on [Michael Welling]’s computer, guided by the precedence of a LiteX project putting Linux on the Radiona ULX3S. This is a true success story of Supercon collaboration as the team (including [Drew Fustini], [Tim Ansell], [Sean Cross], and many others) came together and worked late into nights, drawing from the massive body of collective expertise of the community.

Watch the demo during the Badge Hacking ceremony (jump to 17m 35s):

Demo of Linux-on-LiteX booting on the badge:

Wondering what LiteX is?

LiteX is a FPGA design/SoC builder that can be used to build cores, create SoCs and full FPGA designs 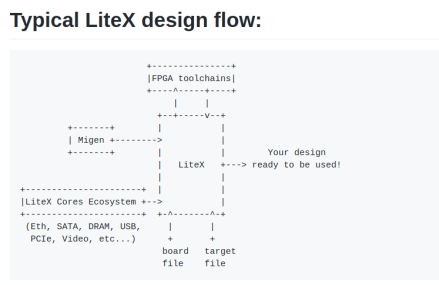 Our new 2 layer “After Dark” service features black FR-4 substrate with clear soldermask to show off all those beautiful copper traces.

Aaron (@TwinkleTwinkie) wrote a nice post on Hackaday.io about making:

PCB Art with OSHPark After Dark 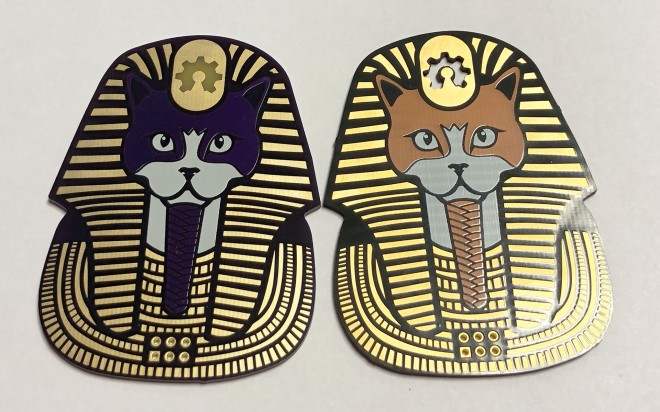 Here are some examples of “After Dark” from Twitter:

Look what came in the mail! My first @oshpark After Dark board. It's a keypad made to run @klardotsh and @kdb424 's @CircuitPython powered KMK firmware for mechanical keyboards.

Finally got around to soldering these up. Used my hot glue method to also fill the hole on my heat resistant mat that hot glue won’t stick to so it cooled down completely flat with the board surface. I’ll have them with me at @BSidesAugusta tomorrow. #badgelife pic.twitter.com/lgoqNISEJ8

Here's a page I put together about @oshpark's new "After Dark" option based on the results I got from two variations of Pharaoh OSHCat. Black FR4 was a holy grail for PCB Art so I'm really excited to have a readily available option for it!https://t.co/rvYFlY03nK#badgelife pic.twitter.com/ZwoEO4qyaT

This board shows this off pretty well. It's mostly the sheen/texture, rather than color. The masked substrate is shiny, and the cleared substrate is matte. pic.twitter.com/CnAe4T0wCi