From Timothy Woo on Hackaday.io:

NB-IoT is also available for many countries (but sadly not in the USA yet) simply by swapping out to a different SIM7000 module version. Luckily SIMCOM made it super easy to integrate this module because most of the AT commands are identical to previous version, and Adafruit has a wonderful library for their FONA 2G and 3G products. Check it out and help make this happen! 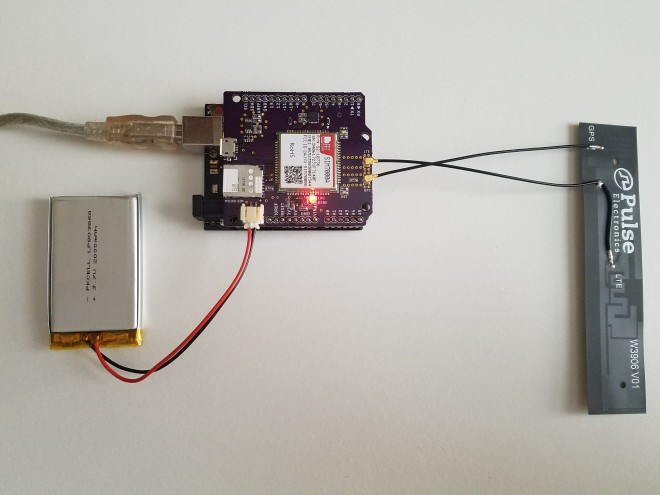 You can view the latest code and design files here on my Github page: https://github.com/botletics/NB-IoT-Shield. Note: The hardware works great but software is still under development! I plan on launching an Indiegogo campaign when I get a fully-working prototype, so stay tuned for updates!

NeruroBytes is not a strange platform for neural nets. It’s physical neurons, rendered in PCBs and Molex connectors. Now, finally, it’s a Kickstarter project, and one of the more exciting educational electronic projects we’ve ever seen.

Regular Hackaday readers should be very familiar with NeuroBytes. It began as a project for the Hackaday Prize all the way back in 2015. There, it was recognized as a finalist for the Best Product,

Since then, the team behind NeuroBytes have received an NHS grant, they’re certified Open Source Hardware through OSHWA, and there are now enough NeuroBytes to recreate the connectome of a flatworm. It’s doubtful the team actually has enough patience to recreate the brain of even the simplest organism, but is already an impressive feat. 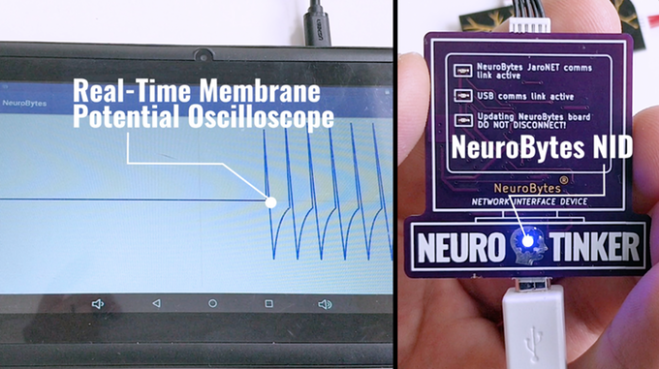 The highlights of the NeuroBytes Kickstarter include seven different types of neurons for different sensory systems, kits to test the patellar reflex, and what is probably most interesting to the Hackaday crowd, a Braitenberg Vehicle chassis, meant to test the ideas set forth in Valentino Braitenberg’s book, Vehicles: Experiments in Synthetic Psychology. If that book doesn’t sound familiar, BEAM robots probably do; that’s where the idea for BEAM robots came from.

I’m utterly exhausted and still in a state of awe. The Hackaday Superconference has grown in so many ways, but one thing remains the same: the spirit of the Hacker Village — an intangible feeling that grows up around all who attend — is bliss to take part in. There’s really no substitute for having…

via The Hacker Village of Supercon — Hackaday

The Hacker Village of Supercon

RAMPS compatible driver module based on DRV8818 by Dean Gouramanis:

The goal of this project is to fit the DRV8818 driver circuit onto the standard 0.8″ X 0.6″ PCB size used in RAMPS 3D printers. DRV8825 drivers are a popular choice for desktop 3D printers, because they can provide up to 2.5 amps peak current. The DRV8818 is a similar IC capable of driving up to 3.5 amps, but the circuit is too large to fit on PCB using regular methods. Also, without a propper heatsink it will overheat. 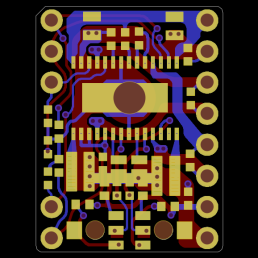 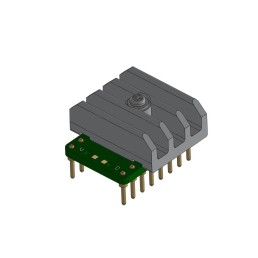 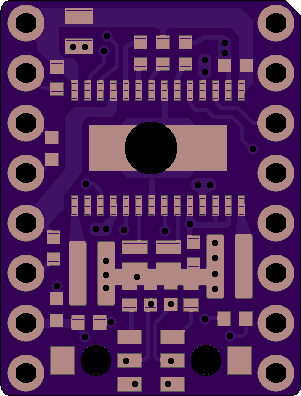 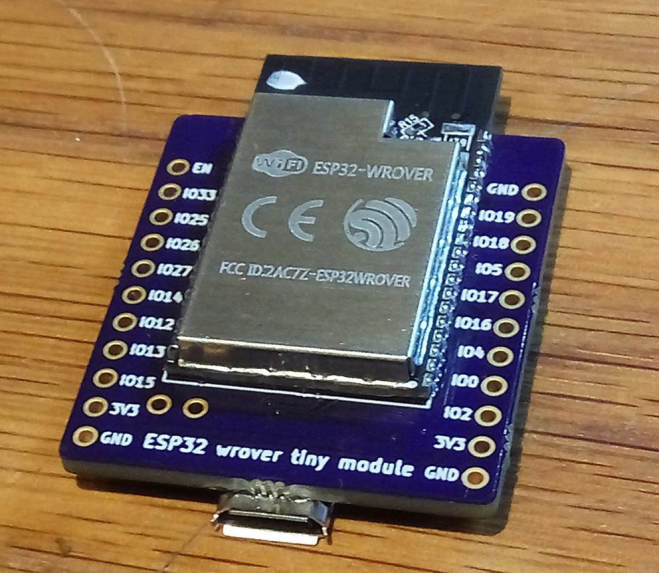 Kumar Abhishek, creator of the BeagleLogic Standalone, will be hosting a Hackaday HackChat on Friday, November 17th:

This chat is about data acquisition. Data acquisition (DAQ) is a process by which a signal such as voltage, current, temperature, pressure, or sound is measured with a processing system. A processing system can be an entire computer or a standalone chip. The goal of a good DAQ system is to provide accuracy as quickly and be as cost effective as possible.

Kumar [Abhishek] is an engineering graduate from the Indian Institute of Technology (IIT) Kharagpur, India, whose journey into the world of hardware began when he picked up the soldering iron at the age of 7. As a student under the Google Summer of Code (GSoC) program under BeagleBoard.org, [Abhishek] worked with BeagleBoard.org to realize a logic analyzer using the Programmable Real-Time units on the BeagleBone, called BeagleLogic. He has also served as a Summer of Code mentor for BeagleBoard.org.

In this chat, we’ll be discussing:

This project is meant to teach about utilizing neural networks in robotic platforms. There will be a 3 part video series on the Make YouTube channel on building the robot. It will start with prototyping and design, then move onto assembly and testing, and finally programming and running the neural network. You will be able to follow along and make your own robot in the end.

From Jeremy S. Cook on the Tindie blog: 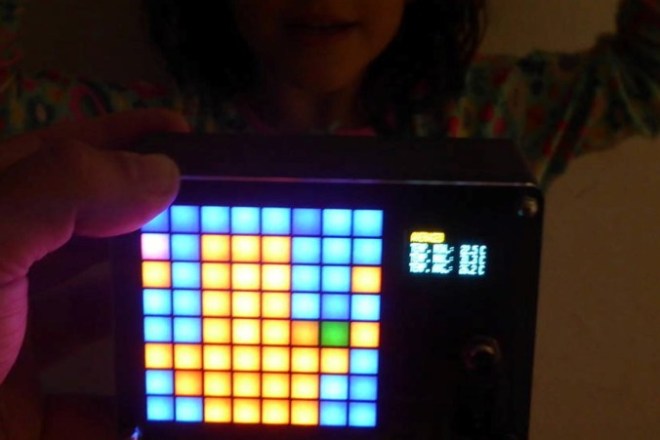 Thermal imaging has remained an interesting, if costly, technology for some time. One lower cost option is the the Grid-EYE sensor from Panasonic. While it has a resolution of only 8×8 pixels, it’s priced in the low double digit range, making it an ideal candidate for budget projects. If you’d like to add it to your build, Pesky Products has a has a breakout available that allows it to be used with the I²C protocol.

Xose Pérez, after finding this sensor and breakout on Tindie, which he (correctly) considers “a great place to find uncommon electronic components or weird/interesting boards,” decided to make his own low-resolution IR camera. At only 64 pixels of resolution, it’s not as capable as more expensive units, but it could still be very useful for getting a general idea of what is hot and cold in a room/environment. The case is made out of slices of acrylic, paper, cardboard, and MDF, giving it a very unique look. It also features a small screen to display supplemental information, and a simple button/switch  interface. 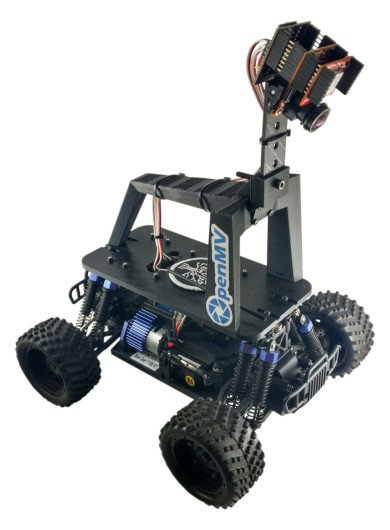 The OpenMV Cam Donkey Car is designed to be easy to build out of parts that you can buy online and assemble together with basic tools. Below is the list of essential parts you’ll need to build the self-driving car. 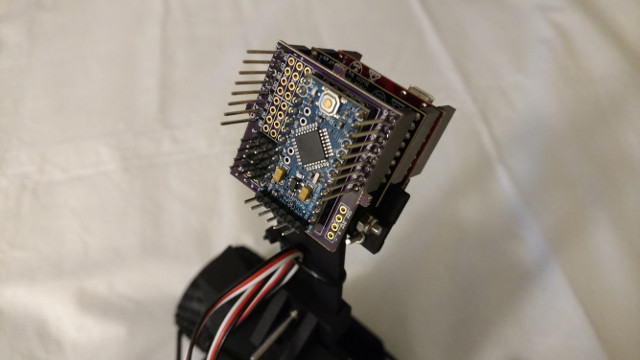 Here is the car in action:

kwagyeman has shared the servo controller board on OSH Park: 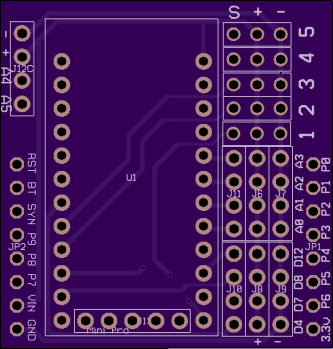