For one of [Nick]’s Hackaday Prize entries, he’s building a minimalist GPS clock. First up, the centerpiece of every clock, the display. There are eight seven-segment displays, two each for the hours, minutes, and seconds, and a smaller digit for tenths of a second. These displays are controlled by an ATXmega32E5, an upgrade on an earlier version of this project that only used an ATtiny and a MAX6951 LED driver.

For the last several months, we’ve been hosting the greatest hardware competition on Earth. This is the Hackaday Prize, and we’ve just wrapped up the last of our five hardware challenges. For the Anything Goes challenge in this year’s Hackaday Prize, we’re asking hardware hackers to build the best, the coolest thing. No, it doesn’t matter what…

via These Twenty Projects Won $1000 In The Hackaday Prize

These Twenty Projects Won $1000 In The Hackaday Prize

In the before-times, we could send text messages without looking at our phones. It was glorious, and something 90s Kids™ wish we could bring to our gigantic glowing rectangles stuck in our pocket. For his Hackaday Prize Entry, [Kyle] is bringing just a little bit of this sightless functionality back to the modern smartphone. He’s…

When we announced the Hackaday Prize with its Best Product category, [PK] polled his wife and co-workers about the idea of making a desktop monitor using 6″ 800×600 ePaper, which he has since built and calls the PaperBack. One such requirement for a monitor is to be able to connect to it using one of…

From Jeremy S Cook on the Tindie blog:

The first comes from Nick Sayer of Geppetto Electronics. His store includes a variety of interesting hardware devices, but his Hackaday Prize entry, an encryption system named Orthrus, is different from anything seen there. 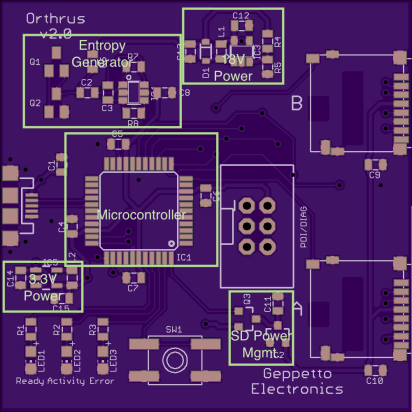 Keeping data secure is important, but if you simply need a little entertainment, or perhaps are looking for a good way to program in CircuitPython, Radomir Dopieralski of the Deshipu Store has a new idea with the PewPew FeatherWing project. According to its description

[Nick Ames]’s Flexible Smartwatch project aims to create an Open Source smartwatch made out of a flexible, capacitive e-ink touchscreen that uses the whole surface of the band. This wraparound smartwatch displays information from the on-board pulse and blood oximetry sensor as well as the accelerometer and magnetometer, giving you a clear idea of how stressed… 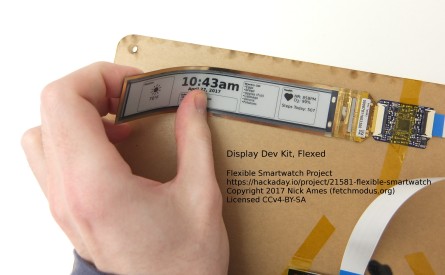 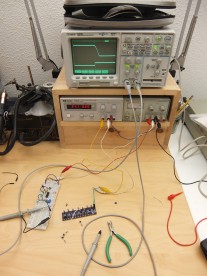 As an entry into this year’s Best Product portion of the Hackaday Prize, [kelu124] is developing a hardware and software development kit for ultrasound imaging.

Ultrasound is one of the primary tools used in modern diagnostic medicine. Head to the doctor with abdominal pain, and you can bet you’ll be seeing the business end of an ultrasound system. While Ultrasound systems have gotten cheaper, they aren’t something everyone has in the home yet.

[kelu124] is working to change that by building a hardware and software development kit which can be used to explore ultrasound systems. This isn’t [kleu124’s] first rodeo. HSDK builds upon and simplifies Murgen, his first open source ultrasound, and an entry in the 2016 Hackaday prize. [kelu124’s] goal is to “simplify everything, making it more robust and more user-friendly”.

The system is driven by a Raspberry Pi Zero W. A custom carrier board connects the Pi to the pulser block, which sends out the ultrasonic pings, and the analog front end, which receives the reflected signals. The receiver is called Goblin, and is a custom PCB designed [kelu124] designed himself. It uses a variable gain amplifier to bring reflected ultrasound signals up out of the noise.

Last week, everyone on Hackaday.io was busy getting their four project logs and illustrations ready for the last call in this round of the Hackaday Prize. These projects are the best of what the Internet of Things has to offer because this is the Internet of Useful things [..]

This is a PoV fidget spinner, which means the leading edges of this tricorn spinner are bedazzled with APA102 LEDs. Persistence-of-vision toys are as old as Hackaday, and the entire idea of a fidget spinner is to spin, so this at least makes sense.

Find out more on the Hackaday.io project page by Matthias:

A WiFi fidget spinner, taken from concept to ordering parts in one weekend

The KiCad design files are available on GitHub:

matthias has shared the board on OSH Park: 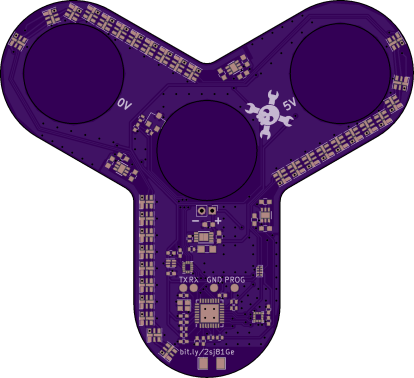 For his Hackaday Prize entry, [Adam] is working on an open source, extensible 915 and 433 MHz radio designed for robotics, drones, weather balloons, and all the other fun projects that sub-Gigaherts radio enables.

The design of this radio module is based around the ADF7023 RF transceiver, a very capable and very cheap chip that transmits in the usual ISM bands. The rest of the circuit is an STM32 ARM Cortex M0+, with USB, UART, and SPI connectivity, with support for a battery for those mobile projects.